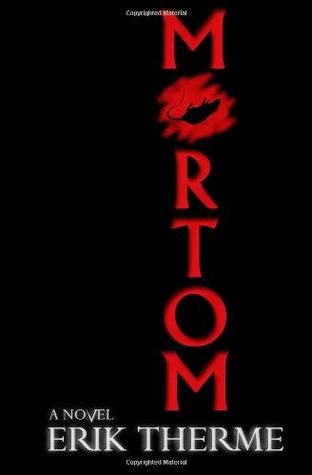 Mortom: population 986.On the outskirts of town, 33-year-old Craig Moore is found drowned in the lake. A loner and town eccentric, few attend the funeral.One week later Andy Crowl arrives in Mortom, still stunned by his cousin’s death and equally confused why everything was left to him. The two hadn’t spoken in years and shared little outside of fierce childhood competition.But Craig hardly did him a favor. The estate amounts to little more than a drained bank account and a property overridden with junk. When Andy finds a dead rat under the refrigerator with a key in its mouth, he thinks it’s some sort of sick joke. Then he finds the letter left by Craig, written two days before his death ... detailing the rules of “the game.” 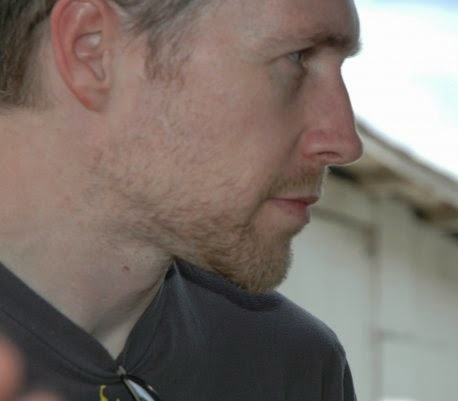 Erik Therme has thrashed in garage bands, (inadvertently) harbored runaways, and met Darth Vader. None of these have come close to the thrill of releasing his debut novel, Mortom.


When he's not at his computer, he can be found cheering on his oldest daughter's volleyball team, or chilling on the PS3 with his 11-year-old. He currently resides in Iowa City, Iowa--one of only 7 places in the world the UNESCO has certified as a "City of Literature."


Fast paced page turner, suspenseful, thrilling and mysterious. Just when you thought that you knew exactly what was going to happen next, wham, another twist. Besides the interesting premise, I had to see where this whole dead rat thing was going. Each and every clue after that kept me wondering ‘What next?’.  Have to say, I am glad that there was one clue he didn’t follow through on! The ending left me sitting in stunned silence, well played Erik Therme, well played sir.

As far as character development, they were richly written, though not all that likeable. The antagonism between brother and sister was off the charts and my hope is that there is a plan for further explanation in a later book. Andy’s demeanor is somewhat explained later in this book, but I would like to know more. In fact, I would like to know more about all the characters!

I would read another offering from the author without hesitation and look forward to watching him grow and expand. I am giving this one a solid 4.5 stars.

~Where can I find Mortom?~

~Inquiring Minds Want to Know~
Erik in his own words.

DI~ What inspired you to write your first novel?

ET~ My first novel was written (years ago) to win back an ex-girlfriend. We had dated during high school, reconnected after college, then moved in together as platonic roommates. I was convinced I could romance her back into my arms by writing the ‘story of our lives’. The book turned out great and she loved it . . . but she still wouldn’t date me. It was a delightful introduction to the world of rejection.

DI~  What books/authors have inspired your life most?

ET~ My writing is never as elegant as I’d like, and I’m always jealous of authors whose words illuminate the page. Some of my favorites: Reapers Are the Angels (Alden Bell); A Simple Plan (Scott Smith); Winter’s Bone (Daniel Woodrell). I wish I could write half as well as these gentlemen.

DI~ Whom would you consider a writing mentor(s)?

ET~ I often joke I ‘learned to write by reading Stephen King,’ but it’s the absolute truth. I discovered The Stand in junior high and immediately began crafting my own tales of horror. Most were pretty lousy, but the more King I devoured, the more respectable my writing became. Eventually I moved away from the ‘supernatural elements’ and found my own style.

DI~ What book(s) are you reading now?

ET~ Much like the rest of the planet, I recently finished Gone Girl and loved it. I’m currently reading Hummingbirds by Joshua Gaylord—a tasty bit of literary fiction.

DI~  Are there any new authors that have grasped your interest?

ET~ Rob Cline’s Murder by the Slice is a fabulous non-traditional mystery, and The Murder Pit by Jeff Shelby is also a fun, quirky read. Apparently I’m drawn to books with ‘murder’ in the title. Hmmm . . .

DI~ What are your current writing projects?

ET~ Resthaven is slated for spring 2015. The project began as a young adult novel for my 15-year-old, but each new draft changes the story so much, I’m not sure what to call it anymore. I’m as curious as everyone else to see the final product.

DI~ What would we find you doing when you're not at the keyboard?

ET~ I’m a sucker for movies and video games. I’m also a semi-compulsive organizer and can easily spend hours making spreadsheets, lists, or reorganizing the nooks and crannies of our house. Fortunately for me, the 11-year-old has the same compulsion, so it makes for good quality time.

DI~ What are your favorite setting(s) to read/write about?

ET~ I love having characters out of their element, whether it be a strange town, abandoned building, or even a deserted road. In the real world I’m not much of a traveler, so it’s probably no surprise that I enjoy experiencing places vicariously. It’s also a great way to save money on food and gas.

DI~  If you could be any character in your book(s), which would you be and why?

ET~ Rumor has it that Andy Crowl—the protagonist in Mortom—is based on me. He has my sympathies.

129 members
Join for the opportunity to read and review books from a variety of authors (paranormal and roman...


View this group on Goodreads »